Book Review- Princess: A True Story of Life Behind the Veil in Saudi Arabia

my latest book read is of “Princess”. This book is told in the first person by “princess sultana”, a member of the the Al Saud royal family. her story is of her life as the youngest daughter of her family through to raising her own children, and she also shares stories of other women from Saudi Arabia that she has heard and experienced over the years. The stories are shocking, and by the end of it I am really appalled by the actions of some individuals that she came across. I think it is a very important read, just to really open people’s eyes to the life of a woman in Saudi Arabia. Although princess sultana is one of the very lucky few, the women's lives around her are very saddening even though they are incredibly wealthy.

without giving too much away i am happy for her by the end of the book, but i know her life story is not over yet. if you are curious to learn more about the workings of the saudi royals, you should deffo read this book! I believe she has written a few more books which i look forward to reading in the future as i am curious to know about her daughters lives.

whilst reading this book i hear news that saudi arabia has finally allowed women to vote! i know i should feel happy, but deep down i honestly think there are more important issues to deal with than letting a woman tick a box life child brides for example, but that’s for a different post!

Book Review: Not Without My Daughter by Betty Mahmoody 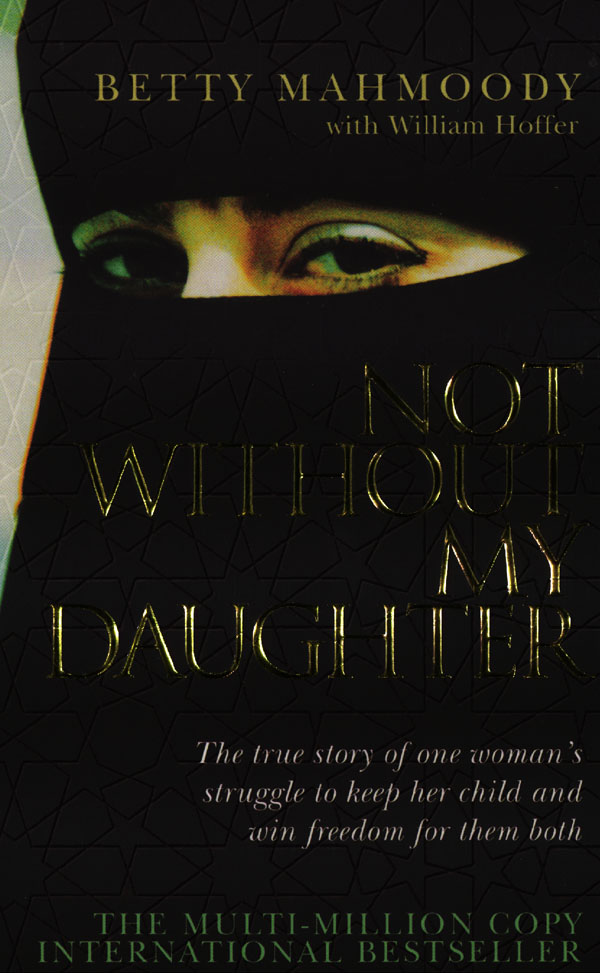 I just finished reading Not Without My Daughter by Betty Mahmoody. It has always been a book that I have wanted to read as it is a hot topic and certainly a worrying one for myself. it is based on a true story of Betty, an American woman who marries an Iranian man and ends up going with him for a 2 week holiday to Iran with their 5 year old daughter. Unfortunately for her, her husband was never planning on returning to USA, and so she is trapped in Iran and subjected to her abusive husband and his family.


To be honest, the book definitely was very drawn out, with not much really taking place until the last few chapters of the book. a lot of the book was just describing what ingredients she bought for dinner, and about her daily schedule. but i have to remind myself that this isn't a fiction novel, but an account of what really took place, so from that perspective i can see that she has to include all these mundane tasks to add to the plot as that is exactly what her existence in Iran was like; mundane at best.
the description of her surroundings is very colourful and helps you to imagine the living conditions she was in, actually after the first couple of chapters i felt a bit sick :(
I was impressed by her bravery, but also surprised that she would put her daughter in that position, when it comes to planning her escape. As much as i wouldn’t like to be stuck in a country i don’t want to be in, i don’t think i could put my child at that much risk.